Is Your Company Leaking Confidential Information?

by Paul Adams
in Risk Management

The answer to this questions is: yes – your business is likely to be leaking confidential information like a sieve. Don’t believe me? Then read on…

Today, more than 87% of company value is driven by intangible assets (things like data, brand, content, code, trade secrets and industrial know-how, internet assets, and plant variety rights). These are the primary drivers of a company’s competitive edge and financial performance and research have shown that companies that focus on intangible assets consistently outperform their peers and industry benchmarks.

These assets are critically important, so it, therefore, stands to reason that they can also be a company’s greatest sources of risk. Today, the number one intangible asset risk that companies face is that they are constantly leaking key intangible assets, with the primary sources of those leaks being customers, suppliers or employees. This can result in the erosion of a company’s competitive edge, margin pressure and ultimately, massive value loss.

Don’t give away your ‘secret formula’

Think about WD-40 – the spray estimated to be used by more than 80% of Americans. The chemist who invented it understood he was onto something but that its value lay in keeping the formula secret. Rather than originally applying for a patent, which would have detailed the very information that the company was trying to protect and allowed others to directly copy it once the patent expired, the company instead chose to implement other policies and processes to protect what it had identified as its most valuable asset and trade secret: its formula.

According to many reports, the formula is kept in a bank vault with highly restricted access (which also provides the company with a strong marketing angle). Less than a handful of people within the organization having access to formula and each of these individuals is subject to a strict confidentiality agreement. To further maintain the secrecy of the formula, it is mixed in three different locations and then passed on to its manufacturing partners.

WD-40 – along with companies like Apple, Samsung, Coca-Cola and Dupont – understand the value of their intangible assets and go to great lengths to protect (and leverage) their trade secrets.

Know where your value lies

On the flipside, we recently worked with a hardware company that asked us to help it review its policies after it was badly burnt by the loss of its confidential information. In this instance, the company had developed a world-leading new product category but, being unable to keep up with demand, it outsourced software development to an external supplier. As part of this project, the company provided the full details of the code and key confidential information.

The initial project was delivered on time and within budget, but the supplier then shut down.  Fast-forward six-months and the supplier reappeared as a competitor utilizing the intangible assets it had developed to spring board ahead of its former client.  The supplier was able to grab a majority market share at a direct cost to the hardware company of $150M.

Unfortunately for this hardware company, the damage was irreversible. We could only work to prevent this situation from happening to it again in the future.

Understand where your leaks are likely to come from

According to research by Code 42 in its Data Exposure Report, 72 percent of CEOs, 71 percent of CMOs and 49 percent of business leaders admit to taking intangible assets (including information, ideas, intellectual property and data) with them from previous employers, when they move to a new organization.  The reason given for this was that 79 percent of the CEOs and 65 percent of the business leaders surveyed saw their work as belonging to them – even though the policies typically said otherwise.  Ouch.

But it’s not just former employees who may be the source of a leak. If policies and procedures aren’t established to protect a company’s most valuable data, then the potential of this information being either accidentally or intentionally shared with third-parties is heightened.

We see this scenario play out every day and sadly, once an intangible asset is lost, it is virtually impossible to unring the bell.

Take steps to protect your assets

With so much at stake, it is surprising that many companies aren’t putting the right processes in place to protect these valuable assets.  But the good news is, it is possible to take steps to minimize the theft or leakage of confidential information and the steps required to solve these problems are often relatively simple.

First up, companies need to identify what their intangible assets are. If you don’t do this, then it’s unlikely you’ll understand which assets are truly critical and which ones are not.

Once you’ve identified which assets are most important to you, then you’re able to take steps to ensure that those don’t leak outside of the company. What particular steps you take will depend upon the nature of the asset itself, but are likely to include:

By working through this process, companies can look to mitigate the risks around the loss of confidential information before it has a significant negative impact on the business. 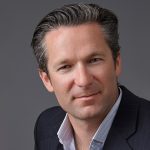 Paul Adams is CEO of EverEdge (www.everedgeglobal.com), one of the world’s leading intangible asset strategy and transaction firms. Paul has seven times been named one of the world’s top intellectual property strategists and was the recipient of the Outstanding IP Leader Award. Paul can be contacted on [email protected]

How to Achieve the Highest Valuation for Your Business?

Risk Management Framework – Everything You Should Know

Top Risk Management Trends for Every Business to Analyze in 2022