Perhaps the most succinct figure of merit for all efficiencies in the wireless transmission is the ratio of the carrier frequency to bitrate, the closer to 1 the better. In that regard, an exciting new breakthrough in wireless communication developed by Gain ICs, instantaneous Wireless (iW), comes in at 2 cycles/bit with 2 constellations in contrast to comparable bitrate of 256 QAM (IEEE 802.11ac) at 57 cycles/bit. iW improves wireless transmission 28 times by this measure. The newest 5G potentially reduces to 28 cycles/bit, with 1 Gb/s at 28 GHz, a 14 times iW improvement. So at equal bitrates, the reduced frequency of iW achieves 144 times greater range, Figure 1, just by eliminating free space-loss from spherical spreading. 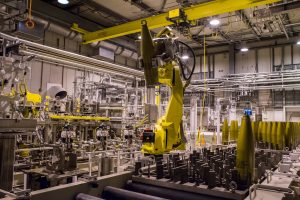 The other wireless advance is inherently lower iW channel noise. With 2 iW constellations versus 256 constellations of QAM to achieve comparable bitrates, iW transmits to even greater ranges than achieved by reducing free-space loss, while increasing reliability by orders of magnitude as seen in Figure 2. 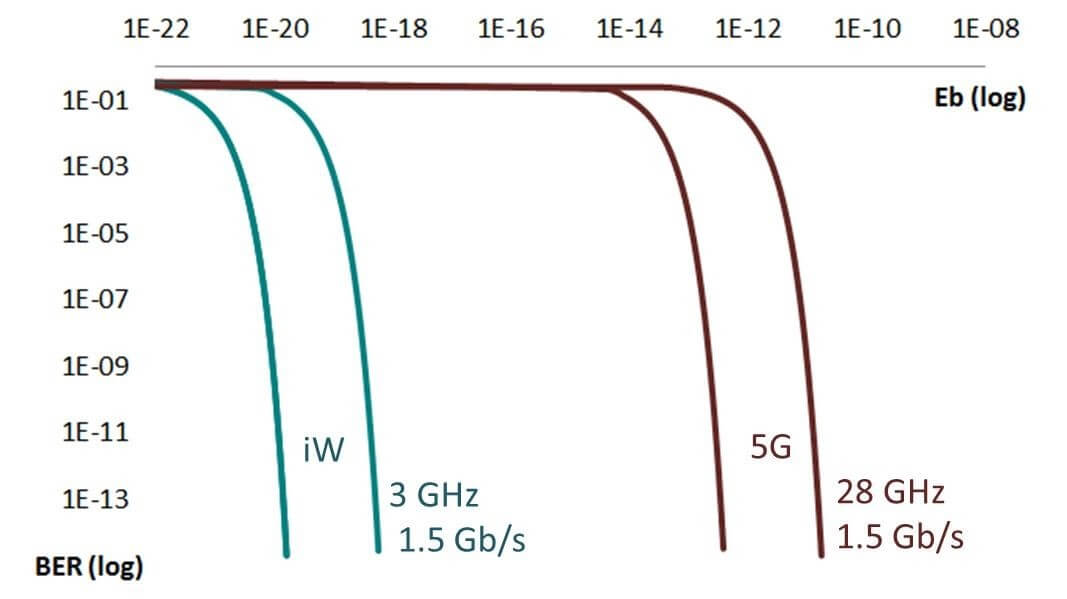 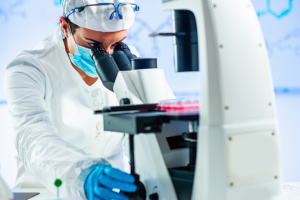 The truncated range is a huge problem with 5G. While it can achieve the desired higher bitrates, it can only transmit roughly 1/100th the distance of previous generations at equivalent average bit energy. Bridging that gap is iW, which effectively achieves 5G bitrates at 4G distances in Figure 3, with 1000 times greater spectral efficiency.

Spectral efficiencies of iW relative to quadrature can be seen in Figure 4. Both the math model and fast Fourier transform show an impulse function for the spectral footprint of iW. Figure 5 shows iW occupied bandwidth across carrier frequency, which is a nearly constant link spectral efficiency (LSE) of 28,200 b/s/Hz across all frequencies. This is roughly 1,000 times greater than LSE of quadrature architectures. 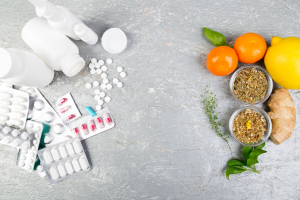 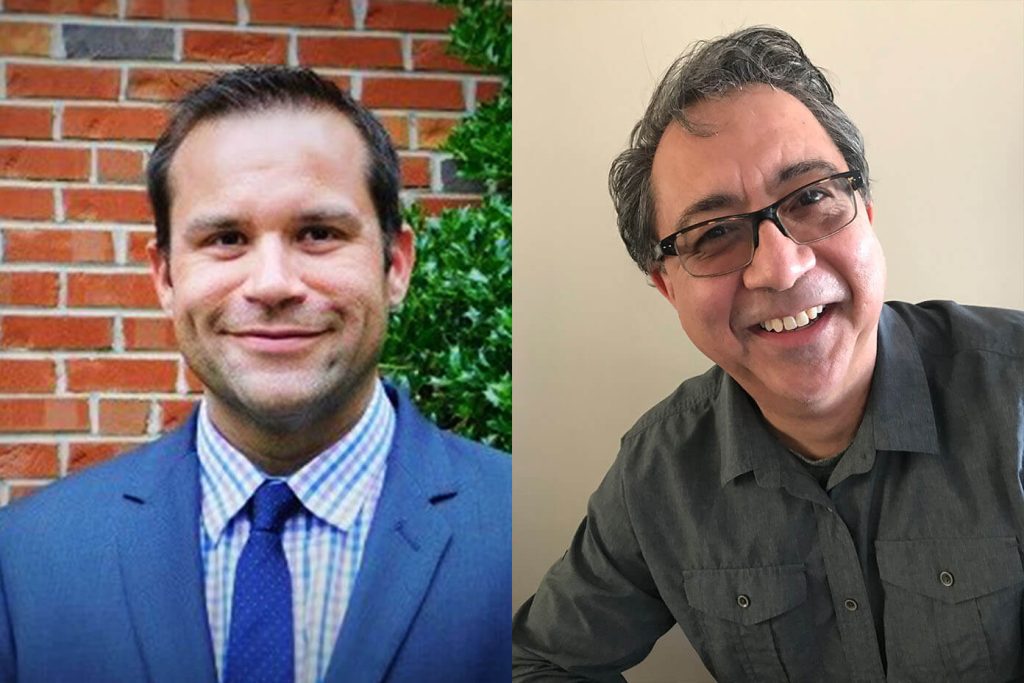 The underlying technology which enables iW is an instantaneous loop (iL) with ideal phase coherence, shown in Figure 6. Depicted is iL tracking a modulated input to the fastest possible modulation rate, half of the reference or effectively a bitrate half the carrier frequency when used in wireless transmission.

As shown in Figure 7, an entire iW physical link can also be simulated—an impossible feat with 5G and QAM. Concerns over adverse physiological effects regarding 5G implementation are assuaged by iW, which has 10 times the wavelength of 5G and orders of magnitude less average bit energy of both 4G and 5G.

With negligible latencies, as seen in Figure 7, interference from multipath reflections can be entirely eliminated without significant degradation in bitrate. The direct path is ensured to be demodulated before any reflections arrive, thus being off when delayed paths arrive, effictively eliminating multipath interference. 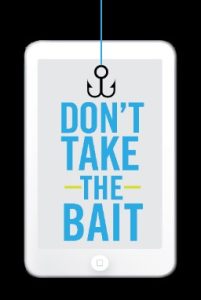 The ongoing desperation in the wireless industry to get to high throughput reliably has led to 5G NR, which reverts back to lower frequencies of 4G. It pieces together multiple fragmented spectra in an attempt to essentially salvage 5G. Because of the mix of even higher frequency bands, the chief limitation (truncated range) is still pronounced. Table 1 of key wireless parameters shows the still far superior iW solution even without resorting to 4G/5G beamforming and multiple channels. As denoted in red text, when comparing against 4G, the previous generation, and 5G, the current generation, iW still achieves greater than 10 times the range and 10 times the power savings, while achieving 1,000 times greater spectral utilization at 100,000 times faster latencies. And all this, at lower power. 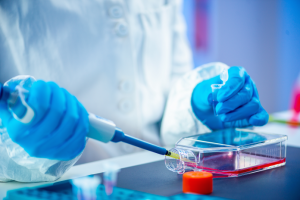 While wireless communication is currently grappling with huge limitations in the attempt to get to higher capacity, essentially higher and reliable bitrates with greater spectral efficiencies, there is now a breakthrough technology to achieve just that. A comprehensive development effort has revealed that, indeed, iW does achieve higher and reliable bitrates with far greater spectral efficiencies. 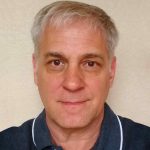 Jed Griffin is CTO at Gain ICs, in Falcon Colorado, where his efforts have led to the development of instantaneous loops and their verification in a new wireless architecture, instantaneous wireless. This work has led to a number of prestigious recognitions, such as the award by Hello Tomorrow, where Gain ICs was selected as one the 5 topmost innovative information technology (IT) companies in the world. His background includes 20 years in analog integrated circuit (IC) design, where he holds some 27 patents and has worked in high profile design projects, including high-speed clocking for high volume processor chips at Intel. He spent 10 years at Intel in Oregon where he became distinguished for his analog design skills. At the Design Test and Technology Conference (DTTC) in 2000, Intel’s most prestigious internal design conference, he was awarded the “Outstanding Presentation” award. He was selected by Intel to present regularly at DTTC. He was a presenter at external design conferences also, including the Institute of Electrical and Electronics Engineers (IEEE) Solid-state Design Conference in San Francisco. He holds computer science and electrical engineering degrees from Utah State University and the University of Colorado.

A Leader in the Global Food Industry

How to Hire a Telecommunication Service Provider?