Electronics are Great…but Sooner or Later a Human Gets Involved!

Someone once said out of sheer exasperation at a particular operational problem, “This is bad, but if you want a real screw-up, get a computer!”.

We can all empathize with this; we’ve all had experiences where a computer suddenly develops a mind of its own and causes chaos, but in truth, the problem is nearly always caused by a human who either programmed the computer or fed it with incorrect data.

There is an alarming trend of companies designing an electronic piece of equipment to aid a specific task without truly understanding the nature of the problem. This often means the device does not help the customer and leads to a great deal of frustration. I recently got involved with a company that manufactured roll cages to transport goods for a national supermarket chain. The problem was not theft of the product carried in the cages, although this was an issue; the problem for them was the loss of the actual roll cages. The store group had lost hundreds and they wanted a system to track the cages so, in theory, they could trace any lost cage and possibly recover it.

Initially, the manufacturer was offered a very sophisticated locking seal that would not only protect the goods in transit but, also record the location of every cage when they were offloaded at each destination. The solution was rejected on grounds of cost, although it was accepted the locking seals would be useful in protecting high-value goods in transit. Fair comment, with many thousands of roll cages in use every day, this was a very expensive solution and high security locking seal was not needed to protect low-value stock. That said, the manufacturer was convinced a tracking device similar to vehicle tracking systems that he could fit on his cages was the answer. So, was this the solution? 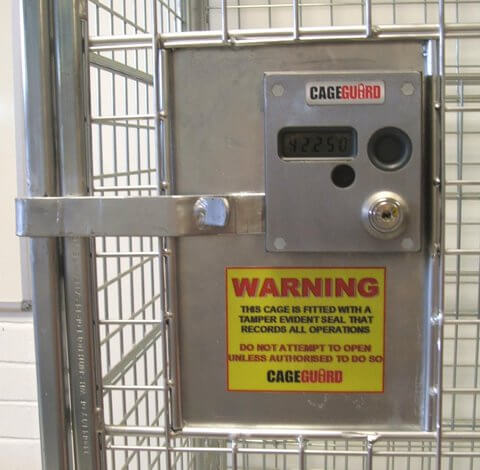 I’ll get to that, but first, let’s establish why the cages were being lost in the system or more accurately stolen. All cases are different, but in this case, the customer with the problem had stores based on out-of-town retail estates with limited warehousing space. The result was that the roll cages were left outside and unattended for anyone to remove. They had tried to protect them by riveting large company signs to the cage which undoubtedly helped prevent other companies from taking the cages in error but of little protection from the criminal fraternity who would simply cut off the signs before refurbishing the cages and sell them to another company.

The least expensive solution was, therefore, to fit simple transponders to every cart that could be read electronically at each store on arrival and then build secure storage which need be nothing more than a fenced-off area outside each store if necessary, to prevent deliberate theft.

This brings us back to human intervention and an understanding of operational procedures. The roll cage manufacturer was convinced he needed a real time tracking because he thought tracing a cart that had been stolen or collected in error was important. In reality, there would be a little benefit because a stolen cart looks exactly the same as any other once any identification is removed meaning theft is difficult to prove. It is much less expensive to prevent the cart from being stolen in the first place which requires staff to follow set procedures and takes responsibility but, the company has to provide the necessary infrastructure to make this possible.

Asset management is very important and the key to this is knowing where your equipment is. For instance, when a company grows and has more stores to service there will be a need for more transport equipment, but sometimes it is not necessary to purchase additional containers, it may be a case of reallocating existing stock. Key to this is knowing where it is and why some companies are attracted to live tracking and containers move around the country but consider this; there is no benefit in knowing a container is in transit because the manager can do nothing about it. He or she can only affect a management change in policy if the equipment is in a known place and perhaps surplus to requirement in that location. With this information, the asset manager can decide to move the equipment to a different site and avoid buying new replacements. 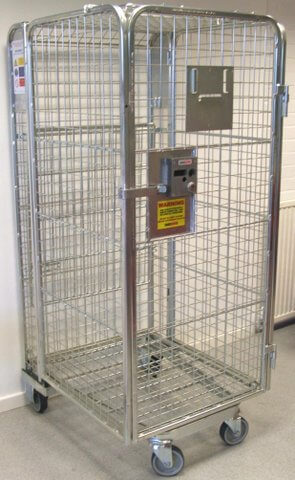 Very often, roll cages are only accounted for during the annual stock take, when horror of horrors, managers find they have lost or cannot account for a large amount of equipment. All of this can be avoided with the implementation of simple procedures that need not be expensive to organize. In the case I have described, simple transponders reporting to fixed receivers in the unloading dock record the arrival of every container at that site. Once empty the cages are secured in a simple outside compound to be returned when the next delivery arrives. Using the simple asset management system, managers can make meaningful decisions and constantly monitor equipment.

It doesn’t mean the store will never lose equipment, but the losses will be greatly reduced, and management will be back in control – providing, of course, the human element does what it is supposed to!

3D Printing is About to Significantly Change Manufacturing, Again

Ian Winter is the Managing Director of ASD Holdings Ltd. The company designs and manufactures bespoke high-security locks and locking systems for the industry when no commercial solution is available. Well, known products include AirGuard & Sentinel electronic locking seals together with Nogolok and Suzielok mechanical locks.